Baleen Whales Intermingled as They Evolved, and Share DNA With Distant Cousins

Fin whales differ in size, color and body shape from their cousins, the larger blue whale, but scientists decoding the genome of several baleen species say there was intermingling during the course of their evolution.

For years, scientists have disagreed about which species of baleen whale came first, and how the toothless species were related.

Now, researchers in Germany and Sweden have sequenced the DNA of six of the living species, of which there are at least 10.

The relationships are so complicated, however, that the senior researcher Axel Janke said “family tree” is too simple a metaphor. Instead, the species, all part of a group called rorquals, have evolved more into a network, sharing large segments of DNA with even distant cousins. Scientists expressed surprise that there had been so much intermingling of baleen whales, given the variety of sizes and shapes.

Humpback and sei whales are relatively similar in size, for instance — both usually measuring longer than a school bus. But the blue whale, which is the largest animal to ever live and would dwarf an 18-wheeler, is a close relation to the sei, and relatively distant from the humpback, according to the study, published on Wednesday in the journal Science Advances.

The study of rorqual evolution also defies simple Darwinian theories. Darwin explained that many species evolved when they became isolated from others of their kind, accumulating genetic differences and adapting to a new environment.

But whales roam the entire ocean, where there are no geographic barriers that would isolate them. Instead, Dr. Janke said, at least some of the whale speciation has been driven by personal taste.

Baleen whales developed sophisticated systems to open their jaws wide enough to suck in almost their own body weight worth of water, along with the tiny creatures swimming or floating in it. Gray whales are part of the same family, but preferred to eat krill and other organisms, slurping them up as they swam along — which possibly led them to become their own species.

The genomic analysis also showed mating across species, with animals sharing more than 30 percent of one another’s genetic heritage, though their ancestors diverged about 10 million years ago.

“Whales can tell us new stories of how species can evolve into different forms,” said Dr. Janke, also a professor of evolutionary biology at Senckenberg Biodiversity and Climate Research Centre, and Goethe University in Frankfurt am Main, Germany.

The idea that species can intermingle is new, even to scientists, said Scott Edwards, an evolutionary biologist at Harvard University, who was not involved in the new study.

“Ten years ago, most evolutionary biologists would have assumed that a species is a species, especially when they look phenotypically distinct,” Dr. Edwards said. Recent research has shown that humans, too, are the product of species intermingling. There are varying levels of Neanderthal and Denisovan DNA across the human population.

Dr. Janke said he was also struck by the wide range of genetic diversity he saw within whale species. Genetic diversity helps animals survive change. “The whaling moratorium, where they stopped whaling in 1978, came just in time to prevent this biodiversity from being genetically more monotonous,” he said. “If that had been the case, it would have been difficult to envision how the species could survive.”

The DNA samples in the study were taken mainly from biopsies collected with remote darting; the gray whale samples came from Alaska, where the Museum of Fairbanks secured samples from deceased animals, Dr. Janke said. 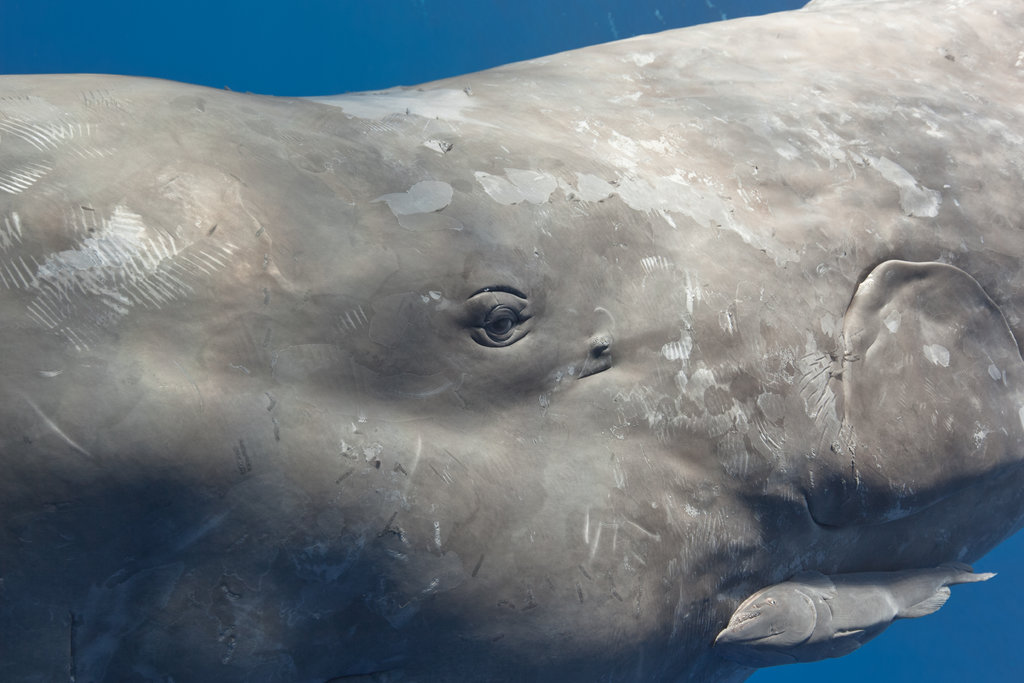 A Conversation With Whales

They surrounded the divers and started clicking — they seemed to be saying hello. Read and then take a swim with whales in a virtual reality feature.

This study is the first genome-scale comparison of so many baleen whales, but it won’t be the last. A team at the American Museum of Natural History in New York and the University of California, Riverside, is preparing an even more detailed analysis of more animals and species.

“We were mildly scooped by this,” conceded John Gatesy, the senior scientist leading the museum study. He praised the work of the European scientists and said his own research will add subtleties but not conflict with their major findings.

Dr. Gatesy said he was most interested in the confirmation that this study provides of the intermingling of species. “This is pretty strong genomic evidence for hybridization among multiple lineages in baleen whales, which is pretty exciting, I think,” he said.

To a whale biologist, he said, the idea of two whale species mixing is as mind-bending as the image of a chimp mating with a gorilla.

Blue and fin whales, for instance, differ in size, color and body shape. “The thought of them breeding and reproducing is fun to think about,” Dr. Gatesy said.

She Helped Crack the Golden State Killer Case. Here’s What She’s Going to Do Next.

79 Moons of Jupiter and Counting

A Night Watchman With Wheels?

Japan’s Hayabusa2 Spacecraft Creeps Up on the Ryugu Asteroid

In Picasso’s Blue Period, Scanners Find Secrets He Painted Over