At Veterans Hospital in Oregon, a Push for Better Ratings Puts Patients at Risk, Doctors Say

Walter Savage, 81, an Air Force veteran, at a medical center in Roseburg, Ore. Mr. Savage was turned away from the veterans hospital there even though two doctors said he should have been admitted.

ROSEBURG, Ore. — An 81-year-old veteran hobbled into the emergency room at the rural Veterans Affairs hospital here in December, malnourished and dehydrated, his skin flecked with ulcers and his ribs broken from a fall at home.

A doctor examining the veteran — a 20-year Air Force mechanic named Walter Savage who had been living alone — decided he was in no shape to care for himself and should be admitted to the hospital. A second doctor running the inpatient ward agreed.

But the hospital administration said no.

Though there were plenty of empty beds, records show that a nurse in charge of enforcing administration restrictions said Mr. Savage was not sick enough to qualify for admission to the hospital. He waited nine hours in the emergency room until, finally, he was sent home.

“The doctors were mad; the nurses were mad,” said Mr. Savage’s son-in-law, Mark Ridimann. “And my dad, he was mad, too. He kept saying, ‘I’ve laid my life on the line, two years in Vietnam, and this is what I get?’”

The denial appeared to be part of an attempt by members of the Roseburg Veterans Administration Medical Center to limit the number of patients it admitted to the hospital in an effort to lift its quality-of-care ratings.

Fewer patients meant fewer chances of bad outcomes and better scores for a ranking system that grades all veterans hospitals on a scale of one to five stars. In 2016, administrators began cherry-picking cases against the advice of doctors — turning away complicated patients and admitting only the lowest-risk ones in order to improve metrics, according to multiple interviews with doctors and nurses at the hospital and a review of documents.

Those metrics helped determine both the Roseburg hospital’s rating and the leadership’s bonus checks. By denying veterans care, the ratings climbed rapidly from one star to two in 2016 and the director earned a bonus of $8,120. 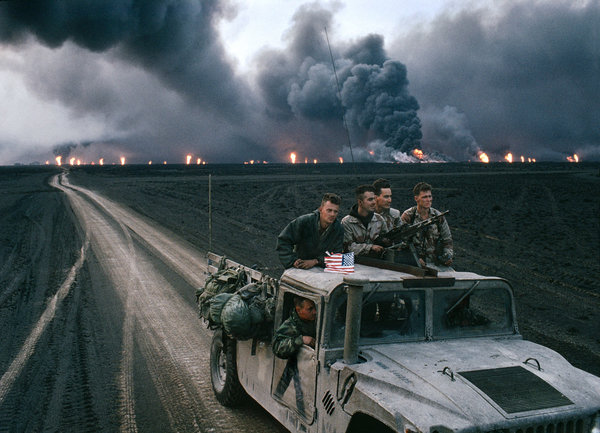 Join The New ‘At War’ Community

At War existed as a New York Times blog from 2009 to 2016. Stay informed about our re-launch and tell us what we should cover.

Current and former staff members say the practice may reach well beyond Roseburg. Recent government reports also challenge the reliability of the department’s metrics, casting doubt on a key tool that it says it relies on for reforming its beleaguered health care system.

The hospital’s director, Doug Paxton, acknowledged that being more selective had improved ratings, but denied that the hospital was turning patients away to improve scores. Tightening admissions, he said, benefited patients, not metrics, because Roseburg’s hospital lacks the resources for acute patients, so many need to be sent to larger hospitals in the community.

“The numbers are indicators of the quality of care for the veterans, so, sure, we’re worried about the numbers,” he said. “But if you improve the care to veterans, in turn your numbers are going to improve. That’s the bottom line.”

But five emergency room doctors strongly disagreed. In a letter in response to questions from The New York Times, they said they had warned about the arrangement at Roseburg, where physicians are repeatedly overruled by administrators. “When we voice concern that a process is dangerous and not good for patient care,” they wrote, “we are met with the response that ‘this is what the director wants.’”

“We cannot express strongly enough how detrimental this process has been for patient care and how unacceptable it would be anywhere else,” the letter noted.

The day after Mr. Savage was turned away, he showed up again asking for help. Again, he was denied. He waited for hours in the emergency room until a doctor finally admitted him against the wishes of the administration, his son-in-law said. The administration, ever mindful of metrics, moved him to a nursing home in less than 24 hours.

The Department of Veterans Affairs began grading hospitals about four years ago based on 110 performance indicators such as wait times, infection rates and nurse turnover at its 1,200 hospitals and clinics.

And on the surface, the scrutiny appears to have paid off. In 2016, according to the department, 82 percent of facilities improved.

Even Roseburg. For years, the hospital in this logging town, which had no intensive care unit and limited surgery facilities, has struggled with the challenges many rural hospitals face. It was hard to attract new doctors. A small staff meant that just one open position could create a pileup of delays. Doctors constantly left for higher-paying jobs outside the system.

But as more patients were sent away in recent years, Roseburg was recognized by the Department of Veterans Affairs as one of the rising stars of its health care system.

However, interviews with staff at the hospital suggest that some improvements were pure manipulation. And in some cases efforts to improve the rating actually made care worse.

“It’s a numbers game. The leadership has figured out the hospital can actually do better by seeing less patients,” said Dr. Steven Blum, a hospitalist there who said he has seen patients regularly turned away or transferred to private hospitals. “These numbers show up on the director’s report card, so it is very important they look good.”

On average, more than half the hospital’s beds now sit empty, he said, while patients are either sent home or transferred to private hospitals at government expense. Costly transfers don’t come out of the Roseburg budget, but they do protect the hospital by moving risk to other facilities’ books.

For the few patients who are admitted to Roseburg, other tactics are used to further improve the ratings. The hospital is penalized when patients are hospitalized with congestive heart failure, because it counts as a sign of poor preventive care. So, doctors said, they are told to list it as hypervolemia, a condition that occurs when there is too much fluid in the blood, a diagnosis that isn’t tracked and hides the problem.

Another penalty is assessed for deaths in the hospital or within 30 days of discharge. To avoid counting these, doctors and nurses say, the administration regularly persuades veterans to be admitted only as hospice patients, signaling they are terminal and don’t want treatment. Often neither is true. Doctors said some veterans were switched to hospice without their knowledge.

“It’s extremely unethical, extremely,” Dr. Blum said. “I was asked to do it and so were the emergency department doctors. And we refused, so the administration just did it.”

In 2015, 17 of 23 primary care doctors left, according to Laura Follett, who oversaw scheduling for Roseburg’s primary care clinic.

“Teams would have no doctors, and we’d have to just cancel appointments,” Ms. Follett said. She resigned in 2016.

Dangerous gaps appeared when doctors ordering critical tests were no longer around to review the results and alert patients. Several nurses said they saw positive cancer screening alerts and other critical lab results languish for weeks or even months.

“Alerts go into Neverland,” said Treva Moss, a nurse who works in the medical center’s specialty clinic in Eugene, Ore.

This fall, a number of employees complained to their congressman, Peter DeFazio, who blasted the hospital management on the floor of the House of Representatives as “dysfunctional.” At his request, the department is conducting an investigation.

Roseburg’s decision to cloak deficiencies by manipulating metrics is part of a persistent problem that reaches beyond one rural hospital, said Dr. Michael Mann, a professor of surgery at the University of California, San Francisco who led the thoracic surgery program at the San Francisco veterans hospital for eight years.

Attempts to track performance in the veterans health care system have repeatedly created perverse outcomes, he said. He pointed out that the 2014 scandal exposing hidden wait times for veterans arose only after the department began tracking whether medical appointments were scheduled within 14 days, and veterans hospitals across the country that could not meet the goal began keeping off-the-books lists to hide actual wait times.

“Of course quality had not really improved by that much,” Dr. Mann said. “People had just learned to make it appear that it had.”

Many hospitals simply stopped performing surgeries on high-risk patients, or cut high-risk procedures all together, Dr. Mann said. “I’m very ashamed. I colluded. I was told not to operate and pulled back, and at least one of my patients died because of it.”

“Without it we’re like an airport with no air traffic control,” he said in an interview. “We don’t know where our hospitals are, we don’t know where they are headed. All we can do is respond to the crashes. I’d rather be able to look ahead and prevent them.”

The department regularly audits hospitals, he said. But the Government Accountability Office raised doubts in a report this fall noting in many cases the data seems inaccurate but the central office “has not determined the extent to which these problems exist.”

In 2014, when Mr. Paxton took over Roseburg, he vowed to turn around a hospital that had long ranked one of the worst in the system. He added staff, tried to cut inefficiencies, and tapped his new chief of mental health, a social worker by training named Paul Beiring, to figure out how to improve metrics.

In an interview, Mr. Beiring said focusing on hospital admissions was strategic because it accounted for a big slice of the rating.

“It is weighted really high, so we knew we had to optimize that measure,” he said.

The medical center created an “exclusion list” of conditions deemed too severe for Roseburg and put in place a “utilization management team” of administrators to approve hospital admissions using a risk analysis score.

Doctors were required to call an off-site nurse to ask permission to admit a patient. Patients who had a high risk of death — usually because of advanced age — were routinely transferred to other hospitals or sent home. Even low-risk patients that Roseburg could easily have cared for, such as people with pneumonia, were denied, doctors said.

In a statement, the Department of Veterans Affairs said Roseburg was not manipulating data, adding: “All admission decisions are based on the hospital’s ability to provide the care patients require and are made by clinicians, including the facility chief of staff and her clinical chiefs of service — nonclinical administrators have nothing to do with these decisions.”

The hospital has no plans to change its admitting practices. In November, Roseburg was demoted to one star, because of what Mr. Beiring called “a death or two” but he said it was a temporary setback and the hospital had already “deployed counter measures” that would soon send its ratings up again.

One of those measures, doctors said, appears to be that admissions have become ever more strict.

Census: Hispanics surpass blacks in most US metros